Depression tells you there's no way out. When you feel down, you don't think you can ever feel up again. You don't see how. The world is shit, how is it going to change from that? Maybe you'll smile once in a while, but you'll be depressed again soon enough.

Depression is a hopeless feeling, and anything can bring it on. A single word. A single action. The same action that you dealt with perfectly the day before can send you spiraling downwards today.

I wrote that almost 3 years ago. It took me until this Spring to find the medication I needed. I spent years in therapy, and it certainly helped, but the depression kept coming back. I tried Bupropion, but stopped after a month due to not really liking the Psychiatrist I saw for the prescription.

I also never felt like it was really worth medication. I don't suffer from Major Depressive Disorder. I can get out of bed and I can get to work on my own accord. I thought that meant that I was just trying to find an excuse to garner some attention or wanted to "feel special" about myself and my condition. I even wrote about it.

Then I burnt the fuck out. I lost all interest in my daily work. I struggled to make it through each work day. I felt horrible for my attitude and helpless to change it. Activities that I used to love just had no interest to me. This was bad, because I've always relied on that intrinsic motivation to do my job. I never really had to work at working.

I spent a Thanksgiving at my in-laws drinking night after night. I was angry and short-tempered. I was depressed and hopeless. I knew I had everything I could possibly want, but I felt like I had nothing at all. It's a terrible place to be where you know you're taking your world for granted but can't change it.

Thankfully my wife was there. She knew this was more than the normal "gray fog" she'd seen during my past depressive states. In her words, it was a "red fog". Hearing your wife describe your mental state as a "red fog" is a little chilling. We both agreed that medication was the only way out of it.

I'm not ashamed to admit that nor should I be. Our brains are a complex mix of chemicals and neurons, and expecting them to function 100% normally throughout almost a century of life is foolish. Sometimes the makeup isn't quite right. It turns out I have Dysthymia, which is just the perfect description of my condition.

Dysthymia is a "mild but long-term form of depression". The "long-term" is the kicker. You can get by for years with it alright, but sooner or later it'll catch up to you. It caught up to me during Thanksgiving last year. I could no longer battle that demon. I needed help.

I saw a new Psychiatrist and we tried Bupropion again. It didn't work. It gave me one of the worst mental breakdowns of my life. Nothing against the medication; it just wasn't working for me.

So we tried a low dose of Fluoxetine and it also didn't help. It didn't really hurt though, so we upped the dose. At the new level, I felt something. It was barely noticeable, but I knew it was something.

We upped the dose once more and the world lit up. The thing I remember most was sitting at a stoplight and thinking, "Life is good. Life is really really good. Things aren't perfect and some things kind of suck, but overall I feel good."

To have that type of thought... it was breathtaking. It was so simple, but so incredibly wonderful. There was a new median for my mood. Instead of struggling to lift myself to happiness, happiness was now my standard. 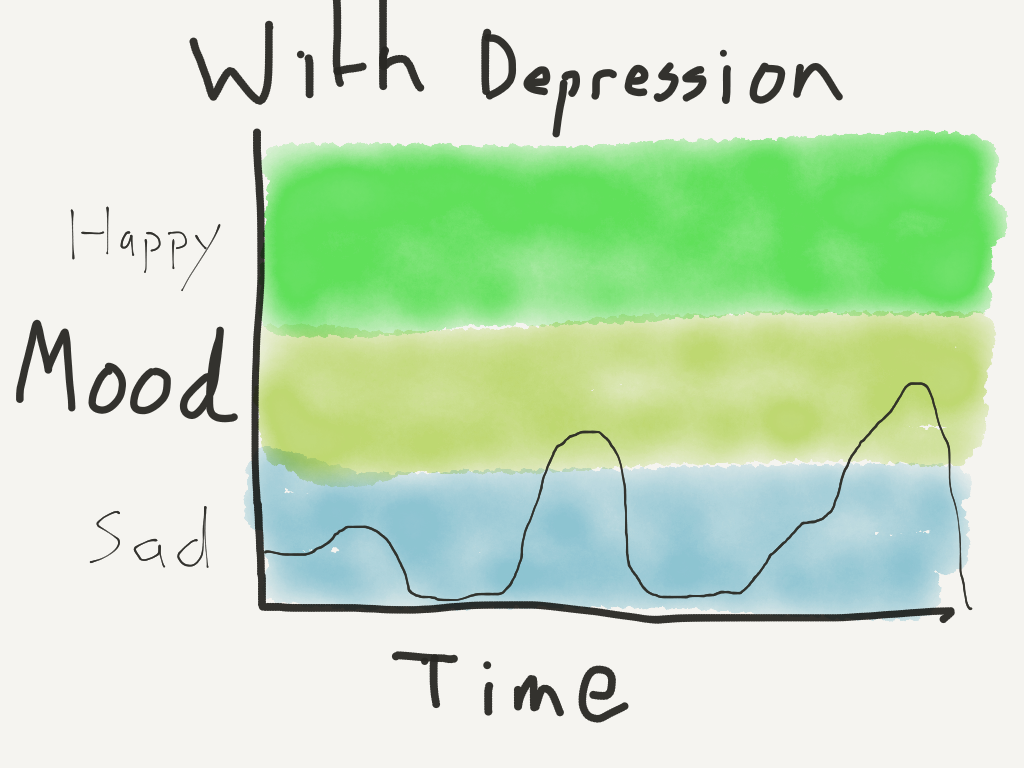 It may not seem like much, but it means everything. Staying out of the rut of depression is no longer a constant battle. I still have depressed moods, but I return to my happy state with little work at all. 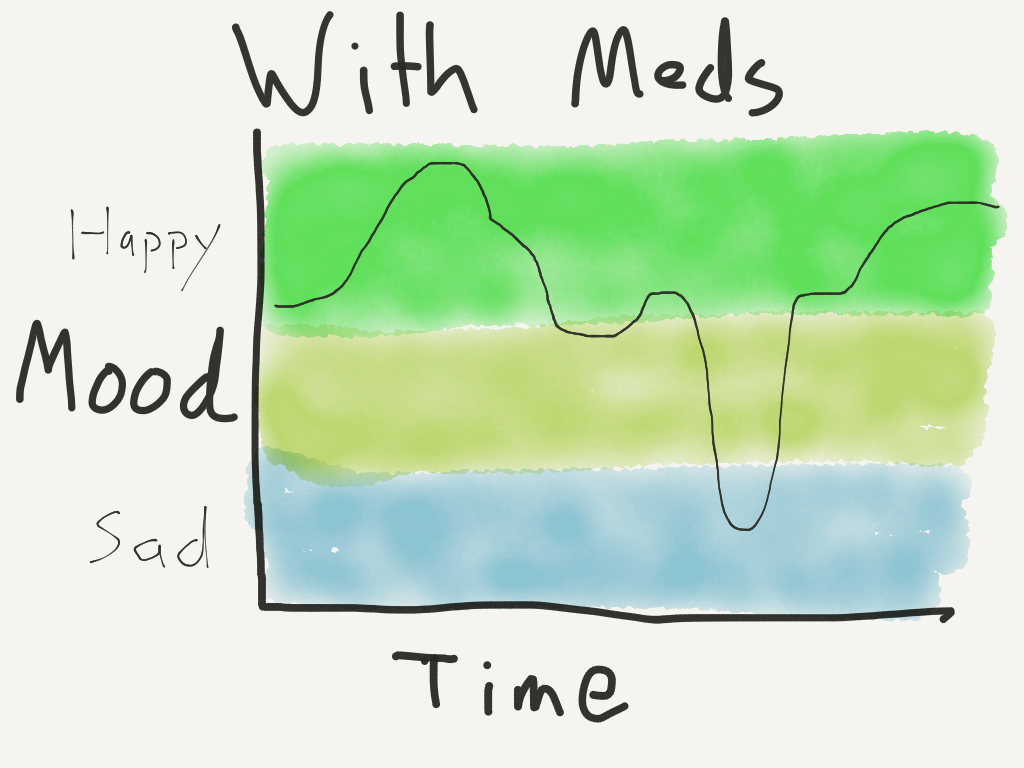 Like everyone else, I still get angry and I still get sad. It's not a "fake happiness pill". What the medication does is allow me to bounce right back. Anger is a momentary attitude, not a day-long battle. Sadness is a down moment or two, not a week-long sulk. It no longer takes over like it did in the past.

Medication won't solve everything. It isn't the entire answer. Exercise, sleep, mindfulness and community are all essential. But for me, medication is the difference maker. It stopped my downward spiral and allowed me to save my energy for the real battles.

Life is so much better now.